Bay Area Artists in Recovery Reach for ‘The Creative High’ in IndieFest Documentary  by Michael Fox for KQED. February 5, 2022 – “I love the idea of ‘three,’” Griffin says. “It’s such a strong, ancient number. Past, present, future. Their stories could be heard, you really got to know the characters, and we could create a book-like feeling. We start with our early-in-recovery collaborators, moving into what we call the ‘grit’ section.”

‘The Creative High’ Portrays Reality of Artists’ Addiction and Recovery  by Noma Faingold for The Richmond Review. February 2022 – “How I look at the world is put into this piece,” Griffin said. “Knowing how art can change your life, it’s our vision.”

The Creative High  by C.J. Hirschfield for Eat Drink Films. February 3, 2022 – “The individuals are as diverse and interesting as their art, and we are given a taste of their worlds: drag performance, hip-hop, dance, theater, visual art, punk—and even stone carving. San Francisco feels like a tenth character in the film; the gorgeous cinematography is a luscious love letter, with drones capturing to-die-for shots of the area’s fog, water and nature, in addition to its urban grit.”

6 films to catch at 2022 SF IndieFest  by Pam Grady for San Francisco Datebook. February 2, 2022 – “Theater, music and dance play a role in recovery from drug and alcohol addiction in San Francisco filmmaker Adriana Marchione’s documentary focusing on the work of nine artists.”

24th S.F. IndieFest premieres powerful new documentary on art and addiction and films of all flavors  by James Ambroff-Tahan for SF Examiner. February 1, 2022 – “The nine artists’ addiction to alcohol and drugs and the power of creativity to wean them from their affliction…”

Listen to the interview

Women & Environments Review by Helen Lynn page 48 Painted Nails is a film about one woman’s journey towards enlightenment and empowerment based on her experience of working in her own nail salon business.

7 X 7 Article-2016 If you walk into New York Nail, on Mission Street near the corner of Cortland Avenue, at any time on any day of the week, you’re likely to find owner Van Hoang hard at work in her bustling salon, caring for a diverse group of women who come not just for the wild nail art, but also for the familial environment.

KALW Local Public Radio San Francisco- Your Call, we’ll have a conversation with filmmakers Erica Jordan and Dianne Griffin, as well as Janet Nudelman from the Breast Cancer Fund. They join us for a conversation on Erica and Dianne’s new documentary Painted Nails and the cosmetic industry.

Examiner–Ed Moy 2016 The filmmakers take audiences inside the rich culture of Vietnamese-American Van Hoang’s bustling nail salon in the Mission District of San Francisco where Van caters to a diverse clientele, women of African American, European, Latino, and Asian ethnicities, who come not only for the acrylic nails with original designs—but also for the caring environment.

Sonoma Gazette 2016-In “Painted Nails” we witness the American dream crumble when Van, a Vietnamese nail salon worker, discovers her health problems, including two miscarriages, are the result of toxic chemicals in the products used in her salon.  Van courageously becomes the first worker to testify against the cosmetic industry in over 30 years.

Viet Film Fest Interview-Eric Wong 2016 Co-producers Dianne and Erica were initially fascinated by the proliferation of San Francisco nail salons, the Vietnamese women who work in them, and this affordable luxury so many women desired. When they entered the nail salons with translator and Associate Producer Nhung Pham, they realized the story was much deeper. The three women united to tell Van Nguyen’s story, as a labor of love and personal commitment to spread awareness about worker’s rights. Each of them had a personal connection to this story.

Griffin and Jordan Getting Nails Done

Michael Fox May 12, 2013 Today’s fun fact: San Francisco has more nail salons per capita than any city in the country. Perhaps that won’t come as a surprise to the ladies in the crowd, who pay a tad more attention to fashion and grooming than your trusty correspondent. Then again, filmmakers Dianne Griffin and Erica Jordan were caught a bit unawares themselves.

FLM 16- Camera As Witness: Women Around the World From Victims to Leaders

This course offers a unique chance to become familiar with global women’s issues, understand the aesthetic capacities of documentary filmmaking.

‘White Hotel’
When two women with a video camera follow an American HIV research team to Eritrea, Africa, they are seduced by a land of joy and repression, of sensuality and sexual mutilation. White Hotel is the tourist residence where Griffin and Solvang begin their journey but their journalistic objectivity is shattered by the circumstances they encounter turning their documentary into an intimate investigation of their own capacities to love, suffer and forgive.

‘The White Hotel’
The journey that documentary filmmakers Dianne Griffin and Tobi Solvang make through a once war-torn Eritrea exposes how tradition, lack of education and financial instability is inextricably bound to Africa’s, AIDS crisis. In 1993, Griffin and Solvang arrived in Eritrea, unfamiliar with the country’s burgeoning freedom after 30 years of Ethiopian rule. While staying at the White Hotel, the women encounter resistance from uncooperative health officials. As a consequence, White Hotel becomes less a documentary on the African AIDS crisis than it does a “making of” treatise that blurs the lines of journalistic objectivity.
-Ed Gonzalez

‘A Journey to the White Hotel’
It’s like the fiction of Paul Bowles only it’s not fiction at all, and Eritrea takes on a quality of being a landscape of the mind.
-Julia Terr

When the Midpeninsula Chapter of the United Nations Association and the Stanford Film Society staged a campus film festival made up of documentaries last year organizers were bowled over by audience response.
Featured documentaries include “White Hotel” Tobi Solvang and Dianne Griffin’s film about AIDS in East Africa.
-Peter Stack Chronicle Staff Writer

An examination of the tragedy of AIDS in Africa as experienced in Eritrea, a small, poor republic which has been devastated by the disease. The culprits are easily identified–inefficient health care facilities and funding, lack of awareness education, traditional female circumcision rituals which leave young women highly susceptible to infection–and the victims face a long and painful death sentence due to an unfocused and underfinanced effort to offer the barest basics of quality treatment. 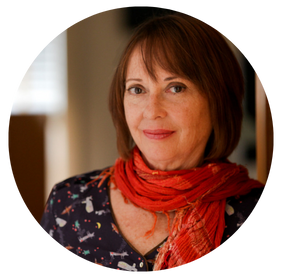